Same day delivery from Monday to Saturday for orders made before 11am!

We have upgrade our website to improve your online shopping experience! | Shop Now Skip to the beginning of the images gallery
Papa's Grove

The ultimate Mediterranean spice – with a rich, characteristic aroma and bursting with flavour. Papa’s Grove oregano is a product of organic farming, collected by hand from wildcrafted plants in our hills, naturally dehydrated, and rubbed by hand. The smell is heavenly!

The word oregano comes from the Greek words "oros" which means mountain and "ganos" that means bright, thus it is "the plant that brightens the mountain". This same plant carries noticeable antioxidant, strong antiviral and antibacterial properties and as such, it can strengthen the immune system. It can be used against chronic or acute bronchitis and chesty coughs. Finally it is able to ease digestion and constipation.

Oregano, scientific name Origanum vulgare, is a flowering plant in the mint family (Lamiaceae). It is native to temperate western and southwestern Eurasia and the Mediterranean region. Oregano is a perennial herb, growing to 20–80 cm tall, with opposite leaves 1–4 cm long. The flowers are purple, 3–4 mm long, produced in erect spikes. It is sometimes called wild marjoram.

The leaf is used to make medicine. In foods and beverages, oregano is an important culinary herb, used for the flavour of its leaves, which can be more flavourful when dried than fresh.

Country of Origin
Australia
About the brand: Papa's Grove

Papa Grove is an initiative undertaken by Greek brothers Petros and Andreas at the height of the Greek economic crisis, which had cost Petros his office job. Wondering what to do next, the duo identified a lack of truly tasty, healthy and, reliable extra virgin olive oils in the world, particularly in Asia where Andreas had spent the last decade. The siblings decided to go back to their roots and take advantage of their invaluable inheritance, producing and labeling their very own extra virgin olive oil from their family's olive groves in the Peloponnese.

Oregano can be used in dishes that contain poultry, bread, potatoes, feta cheese, salads, tomato based sauces, pies and we can also use it to marinate meats and fishes. If we do not want to lose its taste while the food is being cooked it is best to add at the end of cooking while we are grinding it a bit with our hand in order to release its aroma. 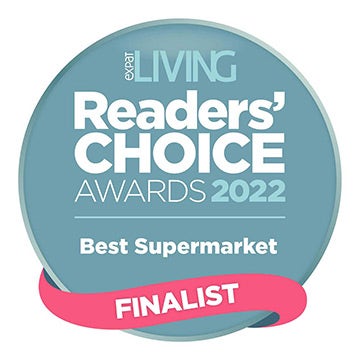